Training Tips: Get the Most Out of Your Dogs Speed Retrieve Run

Tom Dropik of SportMutt has been a long time competitor, contributor, and 2004 DockDogs® Hall of Fame inductee.

Get the Most Out of Your Dogs Speed Retrieve™ Run contributed by Tom Dropik. 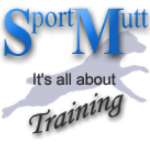 I think we can all agree that in order to excel in DockDogs®, a dog must have a strong, uninterruptible desire to get the toy, and an absolute love for the water. To be able to excel in Speed Retrieve™, a dog must possess a few natural abilities such as a powerful and fast runner, a big jumper, and a very fast swimmer. Then, it’s important that the dog be able to utilize those abilities when it counts, during a Speed Retrieve™ run.

Well thank goodness there is.  There are really only 2 areas that we as Handlers / Trainers can help with, the rest is up to the dog.

Now we can ask the question “What can we do to reduce reaction time?”

Now, it’s up to you, the Handler, to time the light and release your dog just prior to the light turning green because you have that extra 2 feet, so your dog will cross that starting line exactly when the light turns green and will already be in motion. Make sense?

The second is getting the dog to pull the bumper off the device with force because the time stops only when both strings have been detached from the device. I cannot tell you how many Speed Retrieve™ runs I’ve seen where the dog get there very rapidly only to lose up to a half a second before both strings come off the device.

I mean, think about it, the dog is swimming toward an object that is only 2” above the water, to most dogs [the bumper] is at eye level.  Then, the bumper is only a foot or so from the edge of the pool.  So we are challenged with 2 things here.  When a bumper is eye level, the dog doesn’t have to reach up to pull it down. Then, with the edge of the pool being right there, the dog won’t want to swim hard through the tug so the dog will simply grab the bumper and begin to turn while one string is still attached.

Next we suspend the bumper at eye level and about 2 feet from a wall. We sit our dogs a short distance back from the bumper with the wall behind the bumper.  We release the dog so he’s moving toward the wall to tug off the bumper. With the knots and the wall, we’re teaching him to pull hard without motioning through the tug.

There you have it. Remember, in all dog training, progression is key with lots of positive reinforcement.

What are your tips when practicing for Speed Retrieve™? Please share in the comments below.