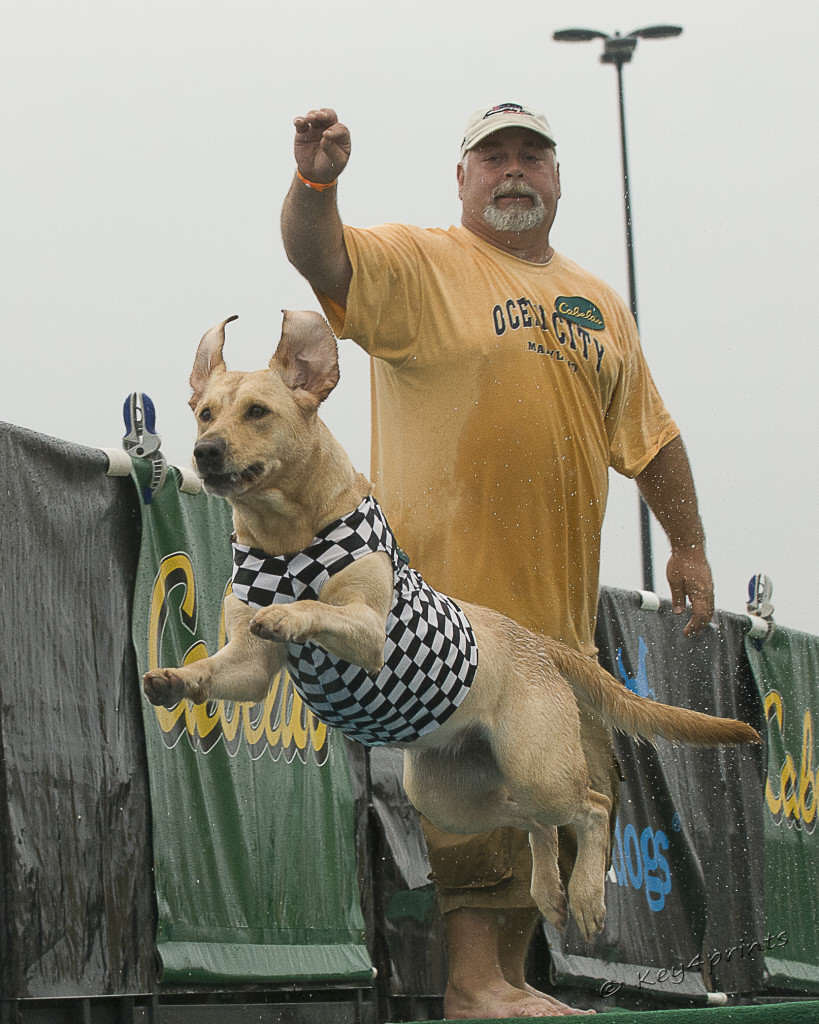 On August 5, 2010 we lost one of the most memorable handlers in the sport of Canine Aquatics, Tim Kline, also known as The Dancing Bear and the Roaming Gnome.

At the DockDogs® Eastern Regional Championships in 2012, Phil and Stacey Bittner updated several of us on the status of Tim’s gravesite. There wasn’t a headstone to mark his final resting place. Tim’s daughter was contacted and she agreed to having The B.A.A.R.K. Foundation raise funds for, along with the placement of a headstone to honor Tim and his passion for DockDogs®.

You would recognize Tim on the microphone at various DockDogs® events by his quick wit and knowledge of the sport, he was always promoting and encouraging new teams to give the sport a try.  While helping new clubs get started, judging, announcing and competing, Tim traveled the country and made many friends along the way. Although his microphone may be silenced now, he will be remembered for years to come.

The B.A.A.R.K. Foundation started a fundraiser for Tim’s headstone and the DockDogs® community pulled together to raise funds and honor one of the many voices of DockDogs® at his final resting place.  Once the necessary funds were raised the production process began.

Tina McLaughlin, Executive Director of B.A.A.R.K. worked with Gingrich Memorials to pick the perfect stone. The B.A.A.R.K. Foundation worked with Jay Harris, Tim’s good friend and President of Carolina DockDogs along with Megan, Tim’s daughter in order to get the wording just right; and a photo from Tim’s good friend Terri Kiefer was added to the stone to include Tim’s pride & joy, Bella.

After a long and arduous winter, the weather has finally cooperated enough to allow for the final stage of setting the stone, and we are glad to announce that Tim’s headstone is now in it’s final resting spot in honor of Tim. 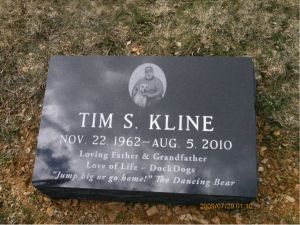 Thank you to everyone that donated money and time to make this happen! Your donations and support are what makes this all possible.

Remember: “No crocs on the dock”