Hey there Dog Town! It’s time for another episode of Radio DockDogs! In this episode we’re excited to have had a chance to interview two World Record holding handlers, with more than one dog each holding / have held World Records! Last, but  not least, Jim chats with Grant Reeves to talk about some exciting new opportunities in the sport! 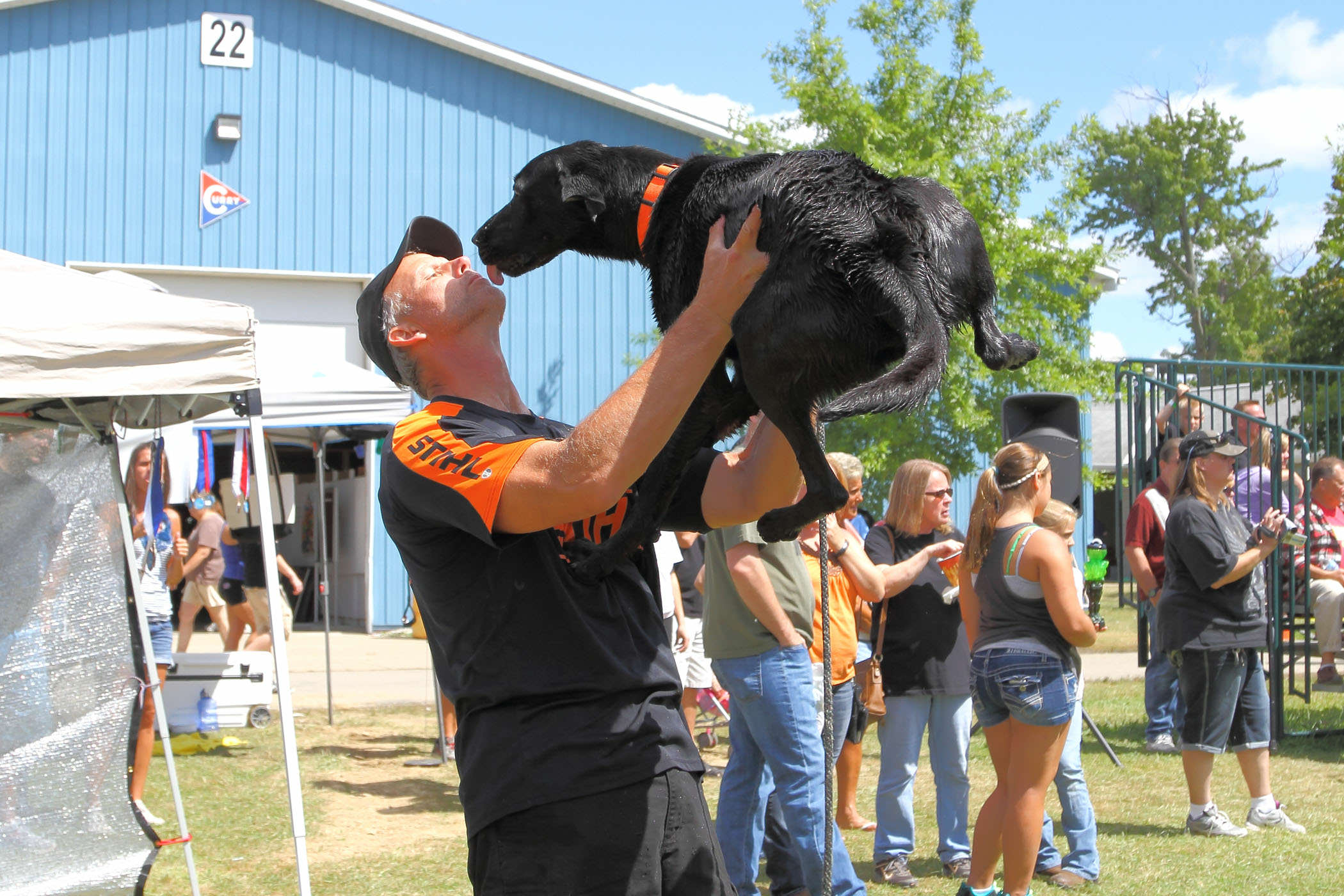 First up we will hear from a handler who Jim Zelasko describes as a “grandpa” of DockDogs®, Tom Dropik. Tom has been involved since the beginning of the sport — a World Record holder, avid competitor, and influential member of the sport! Tom traveled all the way from Minnesota with his two Black Labrador Retrievers, RJ and Remi to take part at the Medina County Fair in Ohio! Tom and Remi competed as part of the Iron Dog Championships in 2012 at the Nevada Wild Fest and hopes to secure an invitation for this incredible special televised event in 2013! 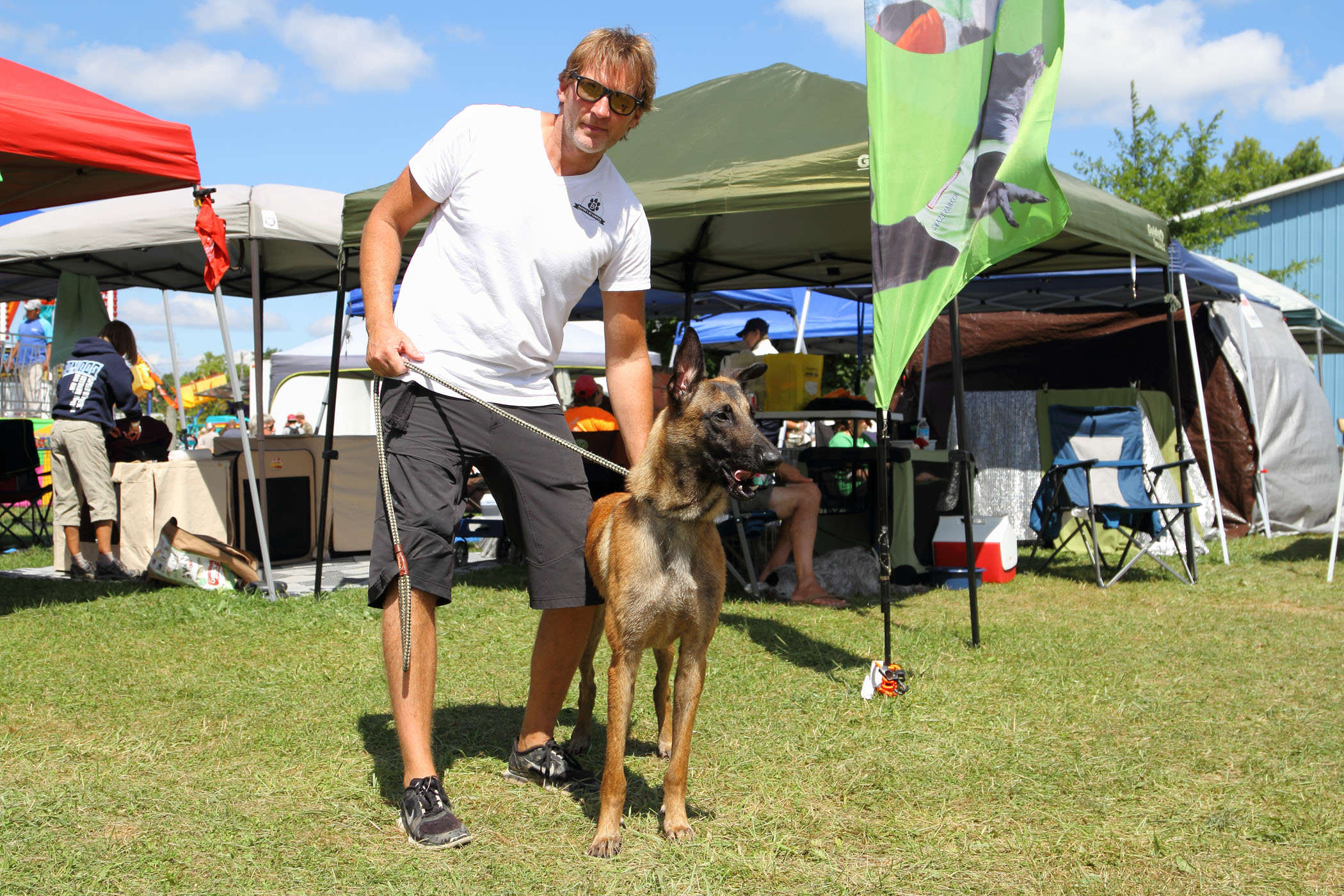 Next up we’ll hear from Tony Lampert, all the way from Missouri at the Medina County Fair! Tony, also a longstanding competitor brought two outstanding dogs out for competition – Griz, his 1 year old Belgian Malinois, and Baxter, his 6 year old Belgian Malinois to see if they could re-claim the Extreme Vertical World Record by grabbing a minimum of a 8’6″ jump. Tony & Baxter also competed at the Iron Dog Championships in 2012 at the Nevada Wild Fest. Griz has an amazing backstory with his recovery from bloat and his performance after that you most certainly have to hear about.

Last but not least you’ll hear from Grant regarding some incredible news for DockDogs that we’re thrilled to announce. DockDogs® is growing by leaps and bounds, soaring into new and exciting heights! 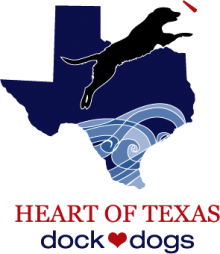 Don’t forget to tune in to Radio DockDogs every Wednesday via an iOS / iTunes podcast, Android podcast or right here on the DockDogs Blog.

Do you want to be on the next episode of Radio DockDogs®? Don’t forget to email [cryptex]radiodockdogs@gmail.com[/cryptex] and let Jim Zelasko! You never know, you could be the next Radio DockDogs star!

As always, we love to hear your thoughts and feedback in the comments below, on Facebook, Twitter and via email to [cryptex]socialmedia@dockdogs.com[/cryptex]. Stay tuned, we will be releasing a new episode of Radio DockDogs every week! Until next time, paws up. If you’d like to tell Jim Zelasko, your host of Radio DockDogs Thank you for the program, be a guest, or giving us a Shout Out drop him a note at [cryptex]radiodockdogs@gmail.com[/cryptex]