Radio DockDogs Episode 20 – It’s all about Family & Friends for Twister! 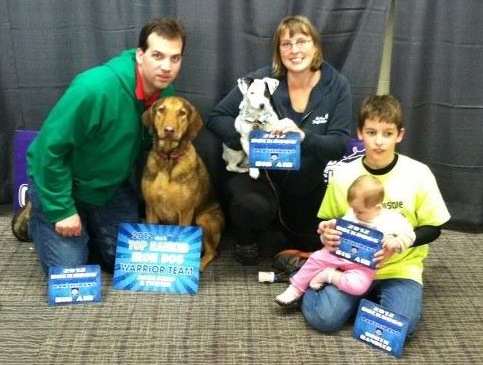 Hey there Dog Town! We’re very excited about this episode of Radio DockDogs as Jim Zelasko sits down with Steve Sozio, a long time competitor with his whole family! Twister, their Chesapeake Bay Retriever, has been competing since 2008 with Steve, Heather and their son James! Steve and Heather have not only been long term competitors they’ve helped shape the future of the sport as they’ve represented their home club, Chesapeake DockDogs, at the Rules Committee meetings, are active members in board positions or supporting roles in both Chesapeake DockDogs and Keystone DockDogs, and of course they’re here to have fun too!

Steve and his family have traveled countless miles doing what they love, spending time with their friends in DockDogs and having a blast with Twister! We’ll let Steve & Jim take it from here… let’s get on with the show!

Don’t forget to guess how many Waves of competition has Twister competed in since 2008? Be sure to leave your guess in the comments below before you listen!

Do you want to be on the next episode of Radio DockDogs®? Don’t forget to email [cryptex]radiodockdogs@gmail.com[/cryptex] and let Jim Zelasko! You never know, you could be the next Radio DockDogs star!

As always, we love to hear your thoughts and feedback in the comments below, on Facebook, Twitter and via email to [cryptex]socialmedia@dockdogs.com[/cryptex]. Stay tuned, we will be releasing a new episode of Radio DockDogs every week! Until next time, paws up. If you’d like to tell Jim Zelasko, your host of Radio DockDogs Thank you for the program, be a guest, or giving us a Shout Out drop him a note at [cryptex]radiodockdogs@gmail.com[/cryptex]